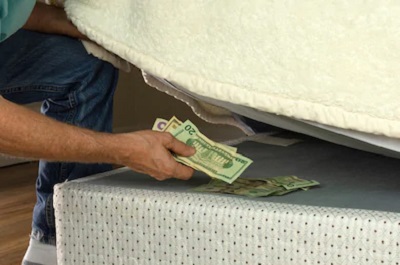 Going through a divorce can be a very harrowing experience, especially if one or both of the spouses are strategically doing things to undermine their partner in terms of dividing assets – financial or otherwise. Our law office has seen it all, yet we still get new twists and turns in terms of a spouse trying to cheat the other out of what should be owed to them when dividing assets when dissolving their marriages. When the parting of ways takes an unkind or ugly turn, it’s time to get a Albuquerque divorce attorney involved to protect your share of the assets that need to be divided.

In this blog, we’ll take a look at three scenarios that will require the knowledge and legal expertise of a seasoned divorce lawyer to help navigate and successfully resolve the issue to a client’s satisfaction.

Scenario No. 1: Spouse Cashes Out Their Retirement and Files for Divorce

This is one of the more common scenarios. One spouse may have had enough or may even have had an affair and just wants out of the marriage. But, they don’t want to split common property (assets) that have accumulated during the time of their marriage. For instance, we’ll say John Doe is having an affair and wants to keep his retirement accumulated either through a 401(k) or a traditional IRA. To add insult to injury, we’ll say the fact they’ve cashed out their retirement is compounded by the following:

New Mexico is one of nine states that have a “community property” law, which means that any property or asset belonging to the marriage must be split equally. Basically, in this case, the husband has sabotaged the marriage. It’s a bad situation to be in, but there are remedies for fair and equitable resolution. For instance, if there has been a lot of equity built up in the house, and the wife can prove that the husband acted unethically, then a court would most likely rule in her favor and help compensate her for the egregious spending behavior of the husband.

Scenario No. 2: Donald Trump Jr. Seeks Estranged Wife’s Net Worth In Lieu of Inheritance of Millions

Not that Donald Trump Jr. needs any more money, but Vanessa’s inheritance of possibly millions from her late father may factor into how much Donald Jr. may have to pay for child support. The request for a statement of net worth on Donald Jr.’s behalf is rather standard procedure in divorce cases.

“Each party is required to file a sworn statement, listing his or her net worth, including a detailed list of assets, income, liabilities, etc.,” according to Celebrity divorce lawyer Neena Tankha. “In matters such as this one, the Statement of Net Worth will be used to determine the appropriate amount of child support each party will be paying or receiving.”1

The request for a sworn statement of net worth is typically filed at the beginning of divorce proceedings. These statements and their findings will be used to settle how much one spouse is required to pay for child support, and in some contested divorces used in litigation. However, we know from the divorce filing that the Trumps have opted for an uncontested divorce.

Scenario No 3: A Spouse Demands You Sign Legal Documents During a Separation or Divorce

If you have separated from your spouse for whatever reason, do not sign any legal documents without first having an experienced Albuquerque divorce lawyer review them first. A lot of times a docile spouse with go along with whatever a controlling spouse wants done, even during a separation or divorce just to put everyone’s feelings at ease. Well, what they may not be aware of is that their shrewd spouse is having them sign over all kinds of parental rights or waive their right to some type of asset.

One attorney cannot represent both parties during a divorce case. So, once a document like that is signed it is usually binding and very difficult to rescind. Also, be very careful about the advice family and friends give you during

a divorce, because, although they may be well-intended, they are not divorce lawyers. Suffice it to say, they could be giving you bad advice.

Going through a divorce can be a very painful and emotionally draining time in one’s life. So, even though you have the loving support of family and friends, they cannot fully represent your best interests if they don’t know the divorce laws for your state. If you have been served with divorce papers or find it necessary to end your marriage as it’s not salvageable, contact our Albuquerque Divorce Lawyer at Sutherland Law Firm, LLC. Call (575) 205-1328, or email us.

1“Don Jr. Wants to Know Estranged Wife Vanessa’s Net Worth After She Reportedly Inherited Millions” published in People, May 2018.

10 Signs Your Spouse is Having an Affair

Will Getting Divorced Affect My Citizenship Status?

Planning to Adopt a Child? Make this Mission Preparedness Checklist!

How to Keep Your New Mexico Divorce Private?

5 Tips for Financial Planning for a Divorce