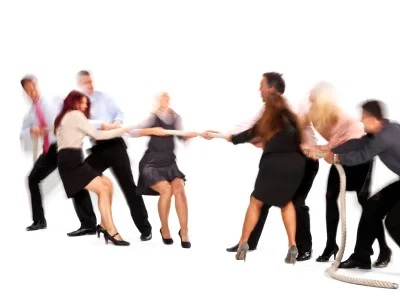 Remember the old saying: “Birds of a feather flock together.” Well, there may be something to that old idiom, because researchers from Harvard University, Brown University, and the University of California at San Diego did a survey that found that 75 percent of people are more likely to divorce if a friend has had a divorce. They event took things a step further and found that the odds of getting a divorce if a friend of a friend divorces is roughly 33 percent.

“One person starts doing it, and others look at their own lives, and they assess their lives: If he can do it, I can do it,” said Helen Fisher, a senior researcher at the Kinsey Institute.¹

Findings of the Divorce Study and Researchers

Here are some of the more telling and interesting findings from the study’s respondents and researchers:²

Is your marriage on the rocks? Well, here are some of the most common symptoms or reasons people get divorced, according to marriage.com:

No marriage is perfect and they all need work. Every marriage has its own unique challenges. But, a long fulfilling marriage can lead to long-term happiness and security for both spouses.

Are you beyond the contemplation phase of wanting a divorce? Why not contact a Albuquerque Divorce Lawyer at Sutherland Law Firm, LLC. We know a divorce can be a painful event, which is why we are compassionate and experienced at helping not just navigate the complexities involved with filing for divorce, but helping with healing. Call (575) 205-1328 or email our firm.

1“Got a Friend Who’s Divorced? You May Be Next, According to Science” published in Chicago Tribune, Aug. 2018.

10 Signs Your Spouse is Having an Affair

Will Getting Divorced Affect My Citizenship Status?

Planning to Adopt a Child? Make this Mission Preparedness Checklist!

How to Keep Your New Mexico Divorce Private?

5 Tips for Financial Planning for a Divorce