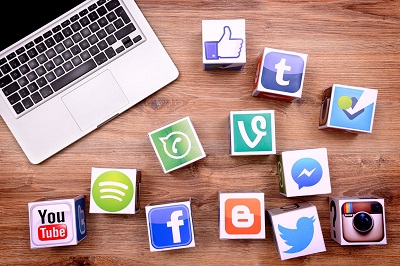 For many of us, divorce is the inevitable dark reality that follows marriage. Almost 50 percent of all marriages in the US will end in a divorce, with first-time marriages coming in at a slightly lower rate of 41 percent. The divorce rate in the US has been dropping during the last decade, but divorce is still a looming presence above many marriages.

Social media is a young phenomenon, with only a decade under its belt, but one that conquered the world and put itself at the center of our interactions with other people. Facebook, Instagram, Twitter. These multi-billion dollar corporations researched human psychology and created platforms that feed on our raw impulses and insecurities.

It’s no wonder, then, that social media and divorce go hand in hand. One in seven divorcees state that social media use played an important role in the dissolution of the marriage, making it one of the leading causes of divorce in the US.

In this guide, we have tried to cover the most important reasons why social media might have a negative influence on your marriage, as well as some advice on how to handle social media during the divorce proceedings. If you would like to know more about social media and the role it plays in divorce, this guide is for you.

The evidence is overwhelming. We already mentioned the statistic that one in seven divorces in the US highlights social media use as a key factor in the marriage collapse. With our addiction to mobile devices and the use of social media, this trend might only see an increase in the future. Marriage is already hard without having to deal with the cybe world, too.

It is as simple as that. Social media distorts reality and paints an unrealistic picture of other people’s marriages and relationships. This illusion can cause a lot of anxiety and put unnecessary pressure on your marriage. In addition to that, your spouse might be using social media platforms in a way that leaves you insecure and jealous.

There is a strong and clear correlation between the quality of your marriage and the amount of time one or both spouses spend on social media. A lack of face-to-face interaction and bonding with your spouse, as well as a feeling of being left out, can put a serious dent in a marriage.

3. Lack of Transparency and Keeping Secrets

Social media is a great way to share your thoughts and life with the world and keep in touch with your loved ones. It is also a constant source of temptation and opportunity to meet people that might give you a feeling that not all is right with your marriage. In addition to that, it is also a spiral where you can easily reconnect with an ex or develop a secret infatuation with an online friend.

5. Social Media Builds A Case Against You

More than 80 percent of divorce lawyers admitted to using social media posts to bolster the case of their clients in the past. Social media collects and archives everything you have posted since creating your account, and it is potentially a dangerous source of evidence against you in court.

There are plenty of examples of how social media played an important role in the lead up to the divorce, as well as the divorce proceedings.

Before Filing for Divorce

Before going into details about how to handle your social media presence leading up to the divorce, we would like to spend a bit of space to explain how social media can affects a marriage and provide a better understanding of why it might lead to divorce.

Partners often feel forgotten, lose the personal connection and closeness to the spouse, and develop mistrust. All these factors can poison even the best marriage, and that’s why it is crucial to use social media selectively and transparently when married.

If you have already considered or planned divorce, it is of crucial importance to handle your social media accounts properly. Otherwise, they might be the primary reason your divorce case might end up favoring your spouse.

Immediately change the passwords to all of your social media accounts, especially if your spouse knows them. Review the posts and photos you posted in the past and remove any content that might paint you in a negative light during the case. In addition to that, removing any people that might favor your spouse in the divorce proceedings is a good idea.

Avoid posting negative comments about your spouse and avoid bashing them in front of friends and family on social media at all costs. Take the high road.

If your marriage has children, this is an important time to protect them during this process. Reaching out to your spouse and their legal team and trying to put together in writing a joint-agreement on how to handle putting children on social media might be a great idea.

Needless to say, maintain a respectable relationship with your ex and avoid ranting and venting about them or the case on social media. This will only escalate and potentially hurt you in court.

With the divorce proceedings done, it is finally time to let go and go nuts on social media once again? No. Although you are free to once again interact with all the people on your social media accounts, bear in mind that you might see the courtroom once again in the future. Things like child custody cases, child support, alimony, or divorce settlements are fluid and another date in court might be in your future.

Due to that, make sure to maintain a respectable relationship with your ex, especially if the marriage has kids. Avoid any bashing or negative attacks on your former spouse. If the divorce was amicable, you might consider having your ex as a friend on social media accounts, for easier communication.

Maintain a mature approach and respect the marriage you shared. This is a way to make sure that social media is not used as fuel against you in any future court proceedings.

General tips on how to handle social media for divorce cases might vary significantly depending on the situation and the details of each case. Yet, there are some general dos and don’ts everybody should keep in mind.

Going through a divorce is one of the most difficult periods you might face in life. The outcome of your divorce can have a serious influence on how your immediate future might look, and negatively affect everything from your mental health to finances.

Social media use has become one of the focal points in the divorce cases, making it mandatory to understand how its use might affect your divorce proceedings and influence court decisions. In this guide, we have tried to outline the reasons why social media is so damaging to marriage and, at the same time, offer advice on social media use to those going through a divorce.

If you are looking for a professional law firm that will represent you in your divorce case with compassion and understanding while providing top-notch legal counsel, at Sutherland Law Firm, we would love to hear from you.