Child Custody Laws in New Mexico—What You Need to Know

Child Custody Laws in New Mexico—What You Need to Know 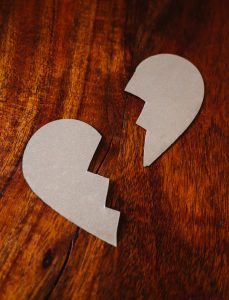 It’s never easy to enter into a conversation about the custody of your child. Separating emotions and feelings in order to understand the child custody laws in New Mexico is difficult and confusing.

Child custody laws differ from state to state. Finding out how they apply to you and how they will affect your case, and your family is best be done by hiring a competent law firm with professional and experienced lawyers.

What Are the Child Custody Laws in New Mexico?

The most common form of custody in this state is called joint legal custody. Simply put, joint legal custody is where children will live with one parent. This parent is referred to as the residential custodian. The other parent will have visitation rights scheduled by the court. In many cases, visitation can be agreed upon mutually with the spouse in an amicable way.

Joint custody allows for both parents to make crucial decisions in their children’s lives, such as health, education, religion, and their general welfare.

New Mexico child custody laws also can call for joint physical custody. Obviously, this is preferred by the state for several reasons. In this agreement, the children live with each parent for a mandated period of time. It can be weeks, months, or even longer. While it may be difficult to feel like you have to “share” your children, it can be in everyone’s best interest.

The courts in New Mexico prefer joint physical custody because it creates a steady and dependable situation for the children. However, the best interests of the child come first and can be based on the distance between each parents’ residence, where the children attend school, and other factors.

In some rare cases, the court may grant sole legal custody, which gives one parent the ability to make all the decisions for the children. This may be granted when one of the partners may suffer from drug or alcohol dependencies, have mental issues, or display physical or emotional neglect to the children.

Proof of this behavior has to be submitted by you and your lawyers in a petition to the court – which basically asks the court to make that legal decision. If the court accepts this petition, custody is awarded to the parent who presented it.

Laws and statutes do change over time, but the process can take months and even years. Child custody laws in New Mexico are no different.

However, Senate Bill 374 was introduced this year stating “equal time-sharing is in the best interest of a child in an initial custody determination.” Simply put, the bill proposes that the court assumes joint custody is in the best interest of the child’s health and well-being. It also assumes that no violence is present in the home or relationships. Several other guidelines are proposed to be added to those already in place. For example,  the bill states that “the court shall not prefer one parent as a custodian solely because of gender.” Currently, the bill is awaiting review by the House of Representatives “at a later date.”

Your New Mexico Custody Case | What to Expect

Preparing for a child custody case can stir up your emotions and create anxiety. Knowing what to expect can put your mind a bit more at ease and partnering with a law firm with expert knowledge in this subject can help greatly.

The hearing is usually conducted by a judge with the necessary court staff and attendants.

Before the hearing, you will need to create a parenting plan to submit to the court. This usually includes information about how the child will spend holidays and vacations with you, along with plans for transportation and drop-off points.

The actual hearing for the child custody case usually doesn’t last more than two hours. The duration usually depends on the issues between both parents.

After the information has been presented to the court, you will have time to testify in front of the judge. You will answer any questions he or she may have for you. Remember to answer only the questions you are asked and no others.

Once the information has been presented, the judge will make a decision based on the child’s best interest. In this case “best interest” are guidelines from the court that the judge must adhere to in order to deliver a ruling.

The ruling will be handed down and contain a variety of subjects, including visitation schedules, physical, and legal custody and any other decisions.

Child custody laws in New Mexico, along with custody hearings, present a variety of challenges for parents. Trying to manage your everyday life and prepare for your hearing can be overwhelming.

Our experience and familiarity with family law can help. We’ve been practicing law for four decades, and we are ready to help with your case. Contact us today for more information or call 505-539-3232.